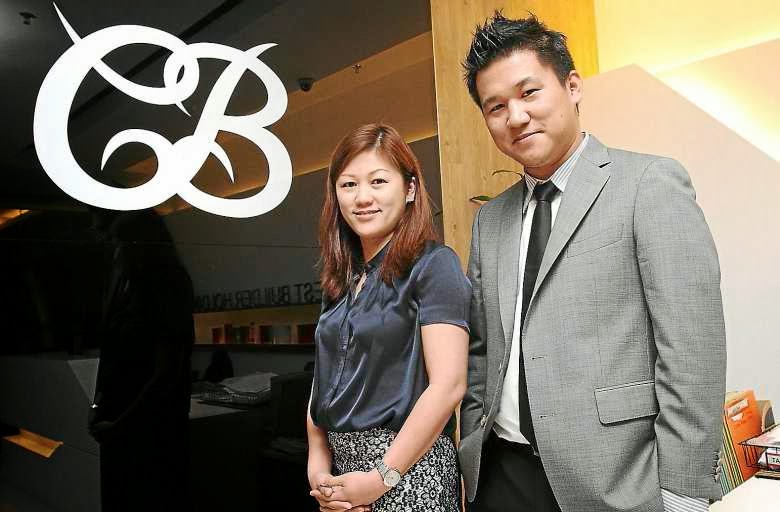 Candidly fielding questions with an easiness that belies his age, Crest Builder Holdings Berhad executive director Eric Yong who turns 31 this year, shared the concepts and insights into the upcoming projects that the company will be launching for 2014.

“There’s The Galleria, a mixed development with a five-storey retail mall at the bottom sitting on top of a three-level basement carpark on Jalan Ampang which looks like a gallery. “On top of it will be four towers, of which one tower block will feature a 28-storey office tower at the front that will be offered back to the land owner. The other three are 33-storey residential blocks. There will be a link bridge on top of the connecting facility at the rooftop that will have a gymnasium, swimming pool and sky lounge. We’re thinking of positioning it as the Marina Bay Sands of Ampang.” 

Then, there’s The Bank on Jalan Ampang.These are code names for our projects this year,” enthused Eric. Seeing to the successful details of the projects operating to a Gross Development Value (GDV) of RM1.04bil and RM1.3bil respectively, are all in a day’s work for the savvy developer. Also in the pipeline, are other projects that the company will be rolling out such as Alam Sanjung in Batu Tiga, Shah Alam. “We launched this in 2013 and have sold out Tower A. This year, we will be launching the units in Tower B with built-up areas of 750sq ft onward priced from RM450,000 to RM550,000. We’re looking at RM550psf. This project comes with a GDV of RM320mil.”

Kelana Jaya will soon have a new mixed development with two 30-storey tower blocks housing residential units and one block dedicated to commercial office units. Crest Builder has already secured the land for this project with a GDV of RM1bil that will sit on top ofa six-storey podium that wraps around the Kelana Jaya LRT station. “We have an unconventional way of land banking. We don’t engage in land bank deals unless the price offered is something we cannot refuse. Instead, we look at government land swaps for government assets rather than using conventional outright purchase, as the latter would result in a heavier burden on cash flow. So, we feel that the privatisation method is like an easy payment plan, even though the process is more arduous,” explained Eric.

This innate ability to strategise and arrange for win-win situations also sees the versatile foodie and coffee lover taking time to savour delicacies wherever his work takes him, be it all over Kuala Lumpur, Muar or Johor Baru. “One of my key enjoyments is food – so if I have a project in Selayang, I’ll spend three hours on the projects, and an hour on good food as well as exploring and observing the area,”he said illustrating the importance of making full use of his time. 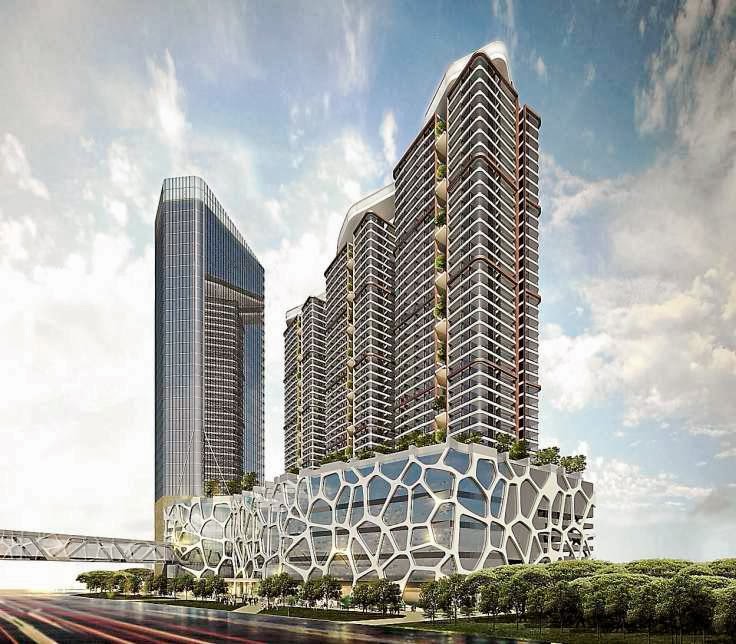 Eric believes that any experience – even if it is merely shopping at the mall, can yield benefits by providing fresh insights and new inspiration, if one is observant enough to “steal ideas”. Even over the course of the weekend, with Sundays being a family affair, work takes precedence. “Our regular Sunday breakfasts are like a meeting where 70% of the time is dedicated to work details and updates. And, dinners are like half board meetings where all the executive directors – all four of us are at the same dining table. More than half of the things we talk about are about work,” chuckled Eric. His siblings include sisters Rachaelle, 36, who handles the legal aspects; Tiok Keng, 35, who heads the finance aspects of the operations and Tiok Nee, 26, who oversees the contracts, operations and building maintenance.

Guided by their father, Crest Builder founder Yong Soon Chow’s strong values of inculcating a sense of hard work and commitment to the job, Eric nevertheless shared that his father allows for calculated mistakes. “He’s always told us to work hard and smart. If he put in 100% back then, he expects us to put in 200% today, to achieve almost half of what he has achieved. What I enjoy best about the job is that in matters pertaining to construction and property, my dad gives my sisters and I the freedom and liberty to try out new approaches. He says he has been learning from day one and till now, he is still learning,” vouched this Civil Engineering graduate from City University, London who oversees the group’s operations, construction and property-related aspects. 

Wild approach for wow results
“20 to 25 years ago, people were selling you a house. 10 years ago, people were selling you the idea of selling you a home. In the last two to three years, developers have been trying to sell you a lifestyle idea, hence the popularity of the work-eat-play concept.  “The trends are evolving. Developments like Publika in Mont’Kiara, Kuala Lumpur is an example of a project where the Gen Y lifestyle has taken off. So, trends are either super luxurious or one can adopt a different approach like Publika with its open air concept or the PJ Trade Centre with its raw brick design.” Naming Empire Damansara in Kuala Lumpur as another project with that ’raw material look and feel’, its rustic and creative use of bricks and cement, Eric feels, points to the new design trend for developments. 

”In the past, developers tried to play with prices and finishes. But, new developments are trying the ’raw’ and different approach. We are also testing out new ideas, what I call the ’wild’ approach leading to ’wow’ results.” “We are looking to introduce certain ’wow’ developments in Kelana Jaya and other parts of Kuala Lumpur. Our existing developments in Shah Alam are more conventional as we feel that the market there is not ready to accept the ’wild’ and ’wow’ approach.”

Keeping up with the Joneses 
”Property development is not an easy industry. For those who venture into property, the key point is knowledge. So, if I have a development on Jalan Ampang, I will get my staff to research every single project that has not been launched and their selling prices, within a 5km vicinity. If my current approval is 40 storeys and if we build at the same time as the other developer with 40-storey towers, my project could be overshadowed. Therefore, it makes sense to go on an amended approach. “I find that knowledge is power. When we talk to owners and landowners, they will know that we have done our super homework. Real estate agents may have the figures but they may not be knowledgeable.

If there’s a new launch – our sales staff will recce the launches. We also network closely with the agents and we’ll be running online forums.One thing that I try to advise my sales and marketing team is the fact that they need to know what they are selling,”he stressed.

On Budget 2014
Sharing his thoughts on the property market this year, Eric opined, ”I think that since the Budget 2014 announcement was not the most favourable for the property sector, I anticipate a knee-jerk reaction probably within these four to six months. But, right after that, I expect the Malaysian market to hit a new high.

It's quite normal for Malaysians, being Malaysians, to adapt as wefre actually a very adaptive society. I foresee sellers will simply pass on the cost for RPGT (Real Property Gains Tax), so you will see the market hitting a new high.” Eric states that he has no particular favourite colour as he believes that life comprises of a montage of colours and is, in its essence, colourful. ”Certain days could be blue days and some other days are more colourful,” he said.

Having achieved a milestone – with the group celebrating its 30th anniversary last year, it looks like all the hard work has paid off. ”My dad says that nothing is too difficult and nothing is being done now, that has not been done before. He feels that what we are going to do, has already been done before. He’s not the type of person who will guide us all the way.

So, you need to find out whatever you don’t know, instead of asking him,” chipped in Crest Builder executive director Tiok Keng, who is a graduate in accounting and finance from the London School of Economics. ”His logic is that what we are doing is not rocket science. So, whenever we face any difficulty, we need to try to find out the appropriate solution.” She agrees with her brother that the biggest contrast between yesterday’s and today’s work approach would probably be the changing culture of the workplace. While previously, the older employees tended to be very loyal, Gen Y requires a more open and softer approach to things.

Unlike her brother, Tiok Keng was specific in her choice of a favourite colour. ”If I have to pick out one shade, I’d say red, as it’s vibrant and stands out. Red is possibly also more timeless than black.”
Posted by Eric